This is a project page for a long term project involving sound installation in the Dandenong Ranges and surrounding areas. The project involves the design and creation of a core set of equipment that will be a community resource for making sonic artworks. Centred around this equipment will be a series of artistic outcomes and workshops that span the life of the project. At present it is envisioned that the project will have a 5 year life span. 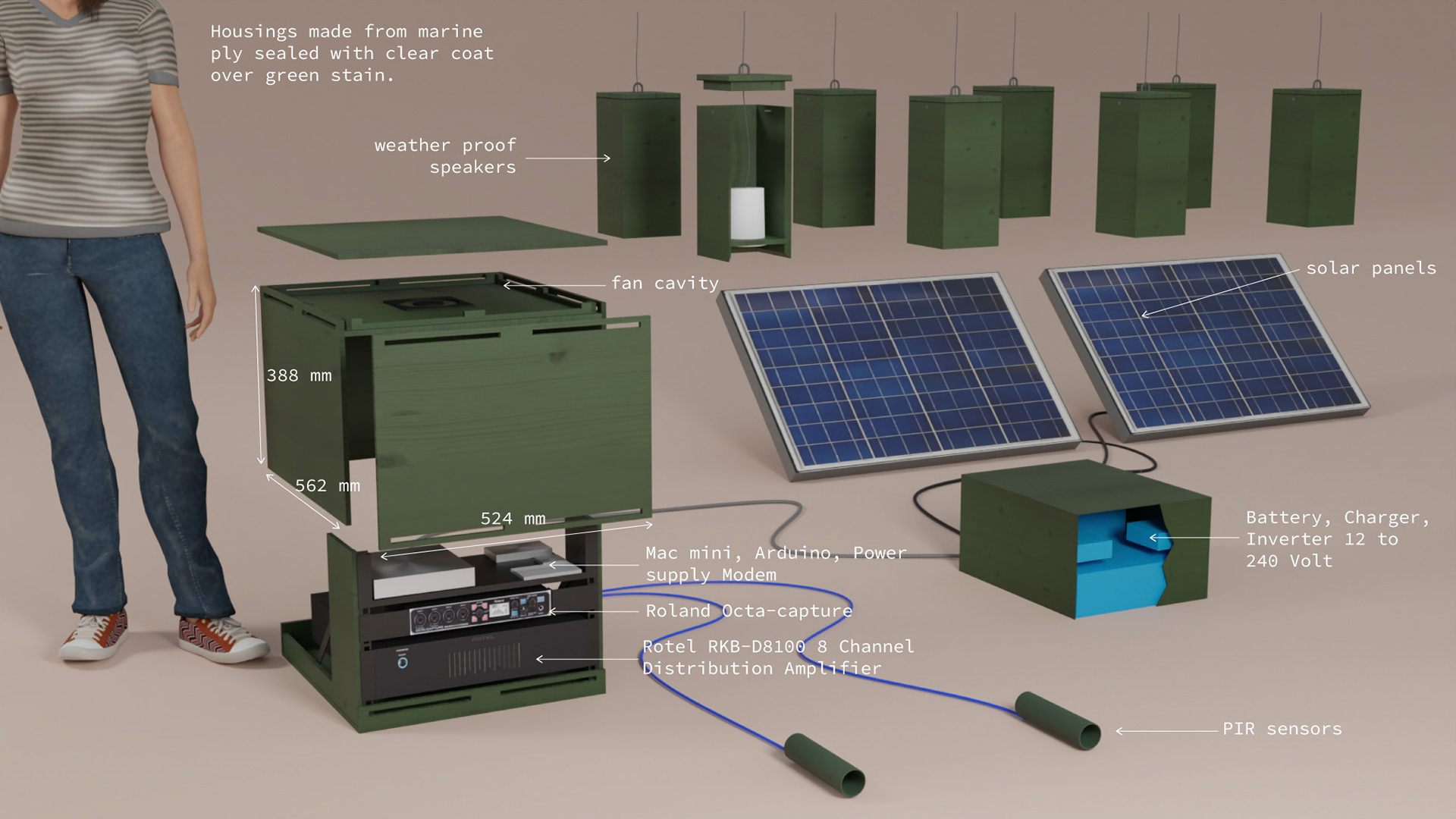 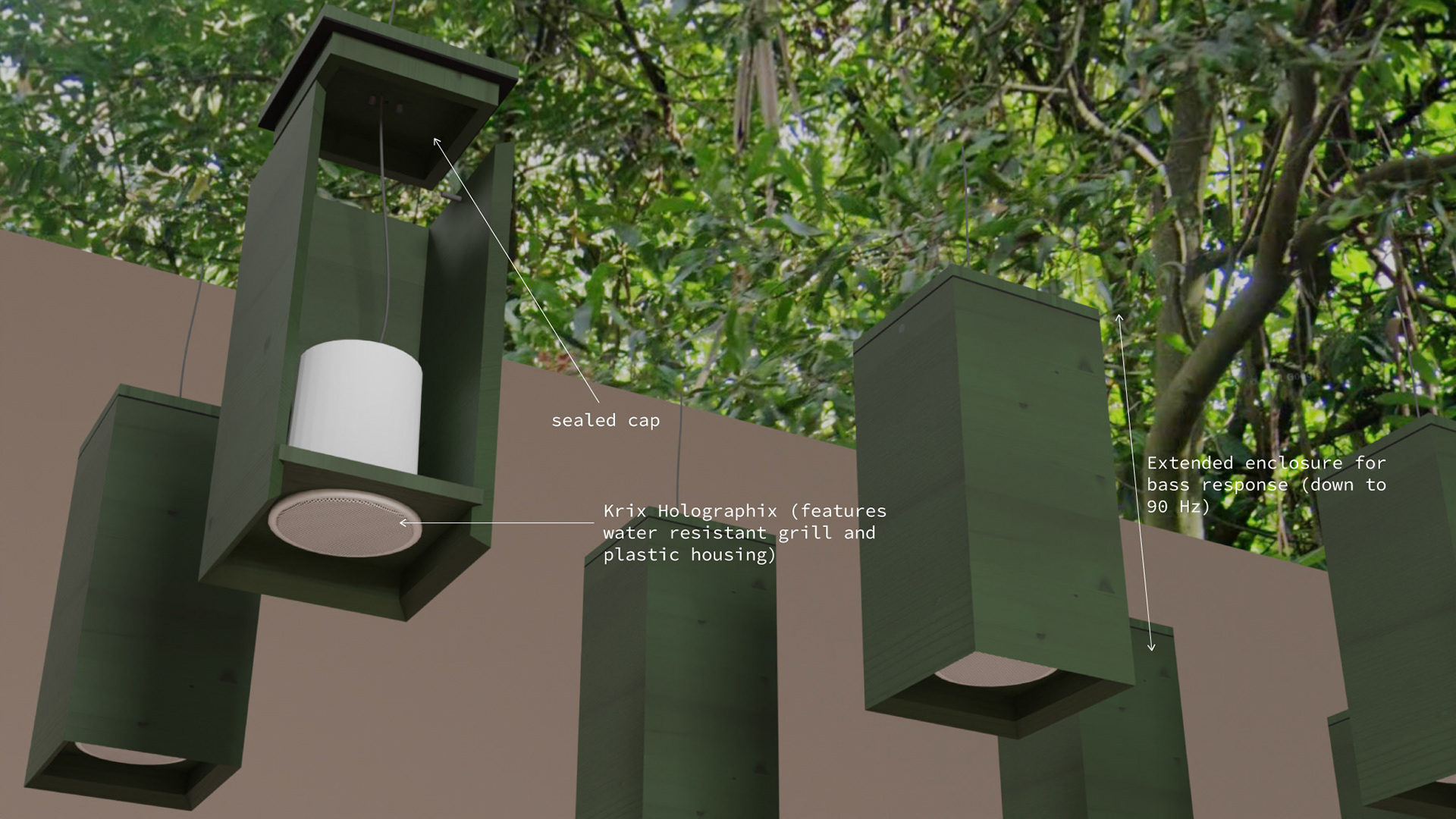 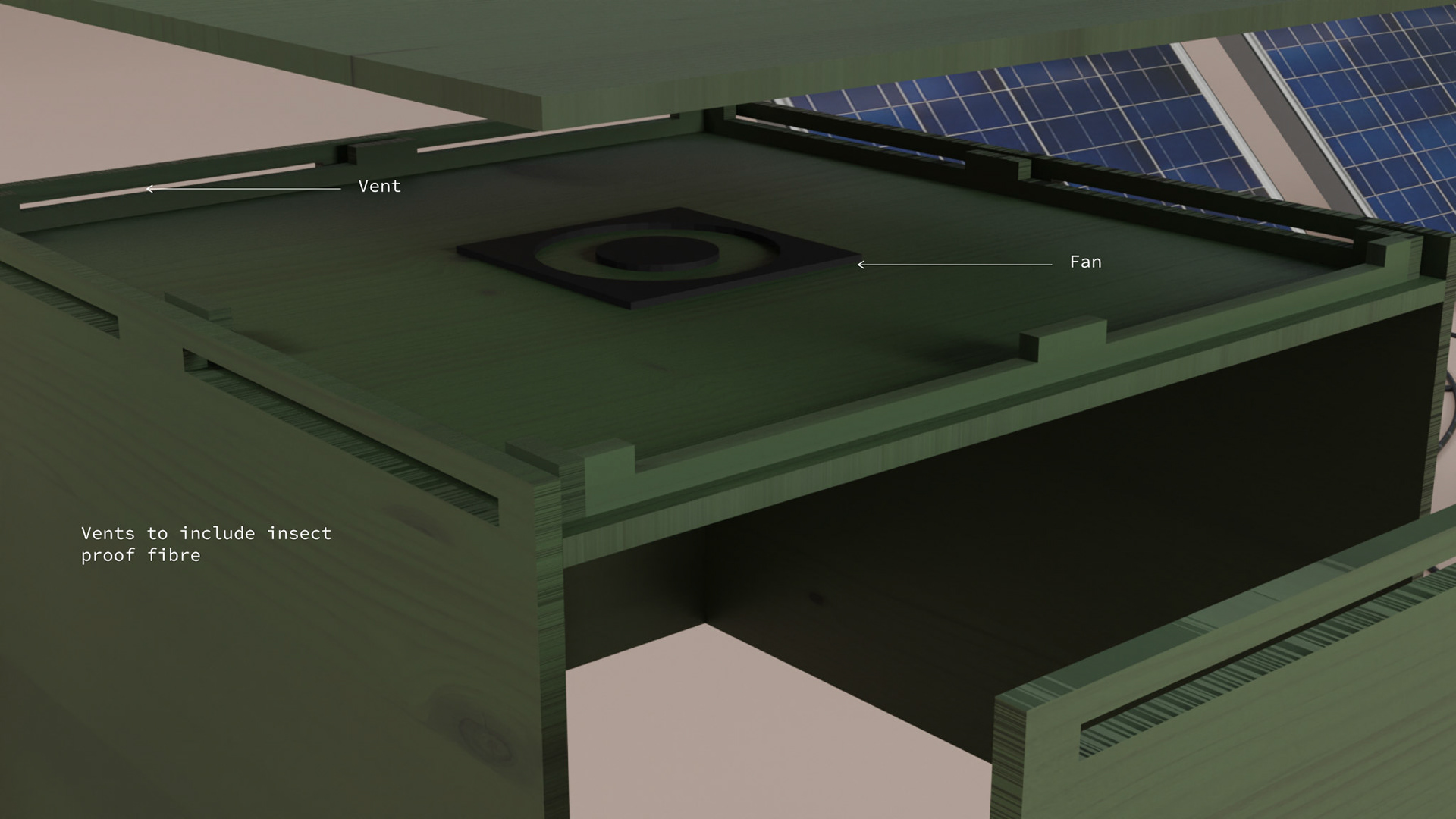 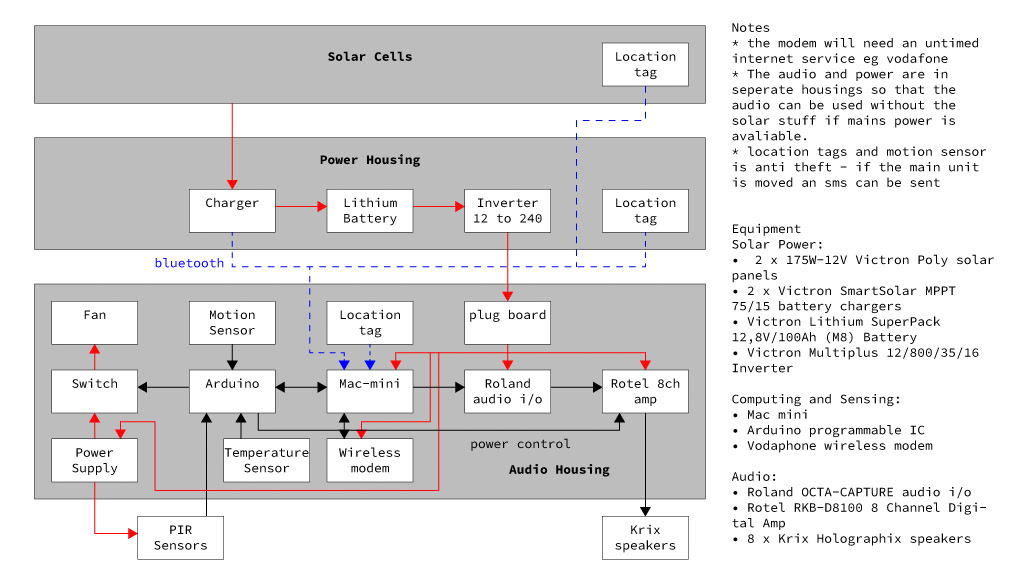 The installation rig would be configured so that it can be installed in a variety of bushland sites and run from solar power for several weeks.
During the life of the project a number of sound installations* will be created by artists from the local region who have experience in sound art or those who are interested and have participated in the educational elements of the project as outlined below.  An example of a possible sound installation currently projected by the author is to work with children to record improvisations of bird sounds which would be edited into a sonic composition for a bushland setting.
* A sound installation is a sonic artwork usually involving loudspeakers that is designed for a specific space. The sounds used are generally selected to highlight or have some relationship to the space (including its acoustic properties) of the installation. Installations usually run continuously so that people can experience it in a casual way as they pass through the space.